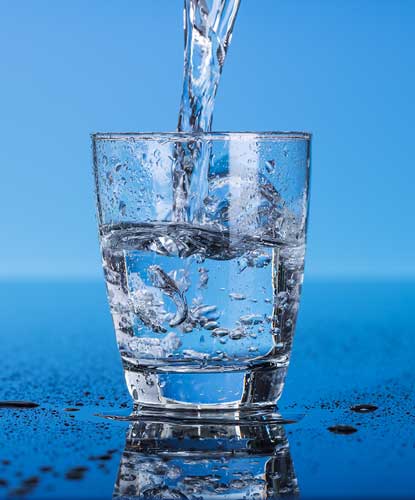 Electrodeionization is process & treatment that makes the water ultrapure, without chemical regeneration it polishes RO permeate. This treatment (EDI) was discovered for more than 55 years ago, and has been used commercially in more than 2 decades. EDI is an excellent technology with proven and acceptable results for the users who require high purity all industrial water treatment.

Basically EDI module is electrochemical devices. This works on the principle of a specific electrolytic cell. It is electrical driven using an outside power source; fundamentally every EDI module consists of:

As per the simple working principle of cation and anion exchange resin it works very similar to that in the first step. This process proficiently removes ionic species from water by exchanging metallic ion like Ca++,Mg++,Na+, K+ with H+ ion or proton and anions like Cl-,SO4–,CO3–.HCO3-,SO4–, with OH- ions. The resulting H+ and OH- combine to form a molecule of water. Water passes through three columns filled with two types of ion exchange resins which is separated by a selective membranes between cation or anion.

The influence of an externally applied electric field drives the Ions which are bound to the ion exchange resins and transfers it to a separate chamber. This process also creates the H+ and OH- ions which replace the attached cation and anions with resin and it is necessary to maintain the resins in their regenerated state. Ions separated in this process in the separate chamber are flushed to waste, resulting the completion of the regeneration step of resin column.

Unique superior feature of the ion exchange beds in EDI systems is that it is regenerated continuously and they do not expire in contrast to the ion exchange resin columns or beds that are operated in batch wise mode and are regenerated after a batch is complete with the indication of weak performance.

or, email us your problem here…

Get the Right Solution for Your EDI Water Treatment

PT. Artha Inti Manunggal has years of experience on Electrodeionization (EDI) system with many project reference installation in Indonesia. We provide one system for EDI water treatment built in and able to be combined with RO system as well. It is very important for us to know your process, your problem and what you need, hence we can give you the most optimum solution.

Our product range of EDI equipment vary as below: